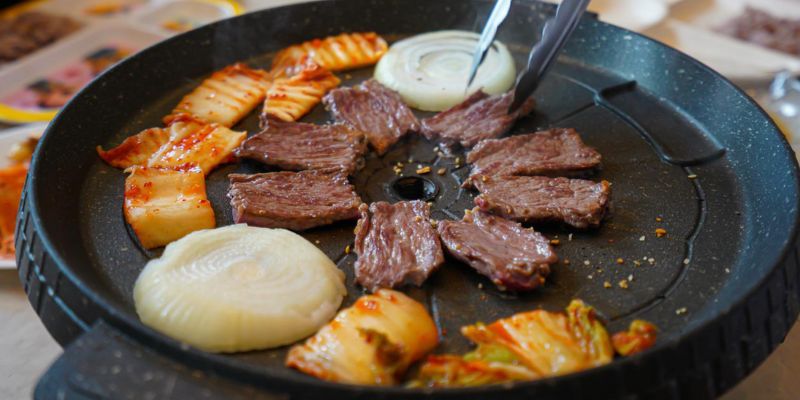 When it comes to Korean BBQ, there are a few cuts of beef that reign supreme. While you might have already been familiar with different cuts of meats for BBQ, Korean BBQ brings its own unique flavors that you’ll want to try.

If you’re looking for a flavorful Korean BBQ experience, then you need to read our list!

What Is The Best Beef Cut For Korean BBQ?

Bulgogi (Sirloin Beef Strips) is the most well-known Korean BBQ beef cut. While others also like other cuts of beef for a Korean BBQ, there’s no doubt that bulgogi the most popular not only in Korea but also in other countries like Australia. On the other hand, there are other beef cuts that are perfect for a Korean BBQ.

Continue reading to learn more about the best beef cuts for Korean BBQ and what makes each one so special. You might find your new favorite!

What Are The Best Beef Cuts For A Korean BBQ?

The literal translation of bulgogi is “fire meat” and as it suggests, cooking this cut of beef over an open flame is key to getting the best flavor. In Australia, you’ll find many Korean BBQ restaurants that use Australian Angus beef for bulgogi.

Galbi is made using short ribs that are cut across—rather than parallel to—the rib bones into long, thin pieces. This cut of meat is best cooked over a hot grill so that the fat can render and the meat can cook evenly.

Galbi is usually marinated in a sweet and savory sauce before being grilled. When done right, galbi is incredibly juicy and full of flavor.

The word “galbi” actually means “ribs” in Korean. So, when you see galbi on a menu, you can expect it to be a dish made with short ribs.

Jumulleok is a cut of meat from the chuck eye area of the cow. This cut is best cooked over a hot grill or in a pan, marinated with some sesame oil.  Sometimes, other people use salt and pepper to add more flavor before grilling.

Jumulleok is a great choice for Korean BBQ because it is relatively inexpensive but still has a good amount of flavor. Chuck eye meat is also known as ” boneless ribeye” or ” mock tender.”

Nook Gan Sal or finger short ribs is a cut of meat from the short ribs of the cow. The beef cuts resemble fingers, which is where it gets its name.

Nook Gan Sal is best cooked over a hot grill or in a pan and is often marinated before cooking. When done right, they are incredibly juicy and full of flavor.

Why Is Korean BBQ Popular In Australia?

There are a few reasons why Korean BBQ has become so popular in Australia. Here’s a list of what you need to know:

Whether you’re looking for the best bulgogi or the best galbi, you’ll be sure to find it in Australia.

The dining experience, the wide range of meats, the sauces, and the sides all come together to make Korean BBQ a popular choice for many people. Unlike the usual BBQ meal (meat plus sauce) that we are accustomed to, Korean BBQ offers more complexity and depth in flavors.

Aside from the savory flavor that the meat has to offer, Korean BBQ has become so popular because of the interactive dining experience it provides. A Korean BBQ meal is best enjoyed with friends or family, as you can cook the meat yourselves and bond over a delicious meal.

On the other hand, this experience can still be done at home. If you have a grill, some good quality beef, and the right Korean BBQ sauce, you can make your own Korean BBQ at home!

Are You Thinking Of Having A Korean Beef BBQ?

Depending on which beef cuts you’ll be using, making a Korean barbecue is easy! Just thinly slice the beef, marinate it in a Korean BBQ sauce, and then cook it over an open flame.

You should check out Z Grills Australia’s artisan bundle knife which would be perfect to cut beef for Korean BBQ at home.

We also have a variety of products that you can choose from for your other BBQ grilling experience at home. If you want to learn more, you may call or chat with us! 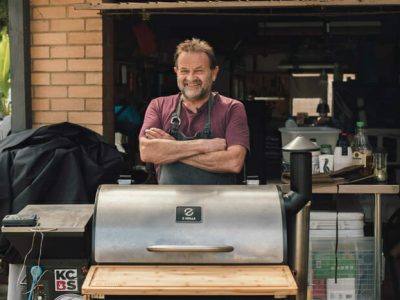